Bogota is the largest city and the capital of Colombia. This was the last stop on our trip before heading back home, and it was a fitting end to a wonderful tour of Colombia. We flew in from Medellin and were picked up by our host and guide supreme for the next three days, Juan Camacho. Juan had been guiding for six years at that point and had a master’s degree in history. His plan was to one day return to the university and become a professor. After three days learning from him, I’m sure he would excel at that as well. [Update: since we were there a few years ago, he has indeed gone back to teaching.] Juan not only had the book learning about Bogota, his father was a high-ranking official and so he grew up with threats and guards – true first-hand experience of life in Colombia.

END_OF_DOCUMENT_TOKEN_TO_BE_REPLACED

You can’t talk about Medellin without talking about drug wars and politics. So in this chapter I will describe the history that Medellin, and the rest of Colombia, fought against, and I will tell you about Comuna 13. It is a fascinating story of civil war and survival.

Medellin was once known as the most dangerous city in the world. Why? Because of an urban war begun in the 1980s between the drug cartels. It gets complicated but stay with me and I will try to explain (and hope I get it right). But I will explain it through the eyes and ears of the locals, the people who lived through that frightening time.

END_OF_DOCUMENT_TOKEN_TO_BE_REPLACED

You can’t visit Colombia, especially Medellin, and not run into the works of Fernando Botero. I was first introduced to Botero many years ago as some of my mother’s friends had one of his sculptures (real or replica – I have no idea). And I immediately fell in love with his work. If you had to pick one word to describe it, the word would have to be “round.” Sort of like his name.

You can’t mistake his work for anyone else’s as his sculptures and figures in his paintings are all large, curvy, voluptuous, plump, fat, and exaggerated (which can be interpreted as criticism – often political – or humorous).  I am not being unkind.  He himself has called his figures, “fat.” In fact, he said, ” An artist is attracted to certain kinds of form without knowing why. You adopt a position intuitively; only later do you attempt to rationalize or even justify it.”

END_OF_DOCUMENT_TOKEN_TO_BE_REPLACED

As a side trip from Medellin, we visited a flower farm in Santa Elena. .Juan Carlos, our guide, and Guillermo, our driver, picked us up at 9:00 and we headed towards Santa Elena. The ride took about an hour out of Medellin on the same road that heads to the International Airport, and onto the eastern mountain roads. The traffic was light. The roads narrow. Motorcycles were of course everywhere. The mountains were beautiful. Different shades of green. Trees everywhere. Every once in a while, there would be a tree in the distance, what looked like it was covered with white flowers or white birds. But it was a Silver Yarumo tree which close-up looked like silver leaves, but from the distance was white against the green.

END_OF_DOCUMENT_TOKEN_TO_BE_REPLACED

From the city to the pueblo

In the middle of our week in Medellin, we took a two-day side trip Jardin, a small pueblo about 4 hours south of Medellin. As part of the Antioquia region, it is famous for its preserved and colonial appearance. The gorgeous mountains surrounding it don’t hurt either.

So Juan Carlos, our guide, and Guillermo our driver, and Andy and I hit the road, driving the narrow roads leading in and out of the mountains.

END_OF_DOCUMENT_TOKEN_TO_BE_REPLACED

Coffee was first introduced to Colombia around the same time Jesuit priests first began arriving from Europe in the mid-16th century. The leaders of Colombia tried to encouraged people to grow coffee, but they met with resistance. Worried that a coffee tree takes five years to provide its first crop, they wondered how they were going to survive during this period?

END_OF_DOCUMENT_TOKEN_TO_BE_REPLACED

We were spending the weekend in Jardin (please see that post). One of the sights not to be missed in Jardin is the Gallito de Roca Preserve. And what is the Gallito de Roca?  The Gallito de Roca is a bird, the Andean Cock-of-the-Rock (thus named because they use rocks to make their nests). It is a large bird, and is in the passerine family (meaning that it is distinguished by feet that are adapted for perching). They grow to be about a foot long, weighing almost a pound. It is the national bird of Peru and is almost unique to the Andes, but here we were in Columbia, in Jardin to be exact, and we would get to see them.

END_OF_DOCUMENT_TOKEN_TO_BE_REPLACED

Today was a cooking day. But in order to cook, you first have to buy your ingredients. That’s how you ensure they are fresh.  Vicky met us at the hotel with Jose, our driver, and with Carolina Velez. Carolina is a chef who, with her ex-husband, Gilles Dupart, runs the French restaurant Oh! Là Là. Carolina doesn’t call herself a chef.  She said, “I’m a cooker.”  But trust me, she is a chef.

END_OF_DOCUMENT_TOKEN_TO_BE_REPLACED

Colombia Part 4: The Jews of Cartagena

As we usually try to do in our travels, we sought out the local synagogue. Cartagena does not have a lot of Jews living here. The estimate is about 50; in fact there are only about 2500 in all of Colombia. There are two synagogues in Cartagena.  One is a Chabad, which is a more recent addition to many, many cities in the world. The other is a more local synagogue, Rabbi Isaac Abravanel Sephardic Israelite Center of Cartagena.

Many of the Jews in Cartagena are are descendants of Jews who were forcibly converted to Catholicism during the inquisition (please see my post on Colombia, Part 1, Cartagena for more on the inquisition), called Marranos or Conversos.

END_OF_DOCUMENT_TOKEN_TO_BE_REPLACED

We had just left the Castillo San Felipe de Barajas and were settled in the car for the 34-mile drive to Palenque. We passed lots of plantain trees, with the fruit covered in 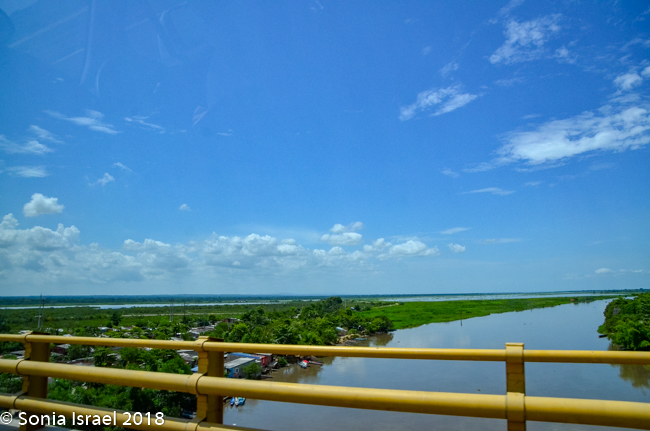 blue bags to protect them. The country side was beautiful, tropical and green. 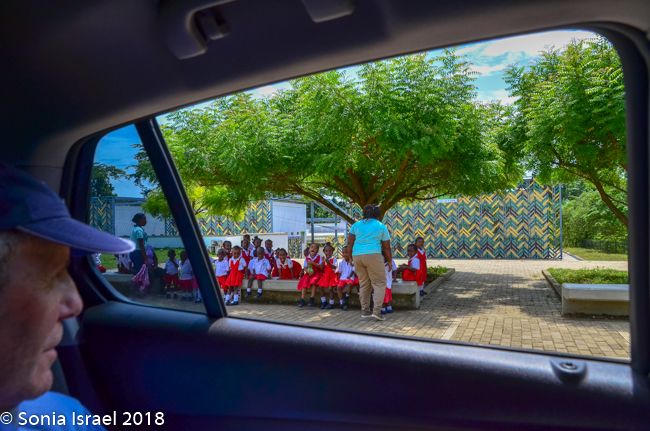 We passed what looked like a school field trip. The kids were all in white and red and waved frantically at us. We of course, waved right back.

We pulled off the road onto a dirt road, the entrance to Palenque. 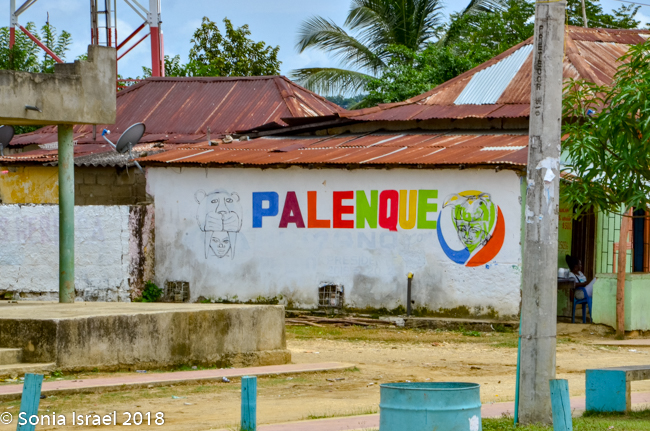