END_OF_DOCUMENT_TOKEN_TO_BE_REPLACED

Early this morning we left Hoi An and drove back to Danang to catch a 60-minute flight to Hanoi (as it turns out which is really Ha Noi). Khan (as in Genghis Khan) met us and off we went. We were only in Hanoi for one day so we had a lot to cover. Khan didn’t think we could do it all, but we assured him that we were fast.

END_OF_DOCUMENT_TOKEN_TO_BE_REPLACED

We had left Danang and were driving to Hoi An, a lovely town of about three streets. Hoi An translates as “peaceful meeting place.”  And indeed it is such a peaceful place.

Our hotel, Life Resort, was on the Thu Bon river. Each room has an upper level (up just a few steps) and a lower sitting area with a beautiful black couch with raw silk black and orange pillows. There is a sitting area outside with views of the river, just a few hundred yards away. After a swim in the endless pool, I sat outside our room writing about today and watching the small river boats go by. 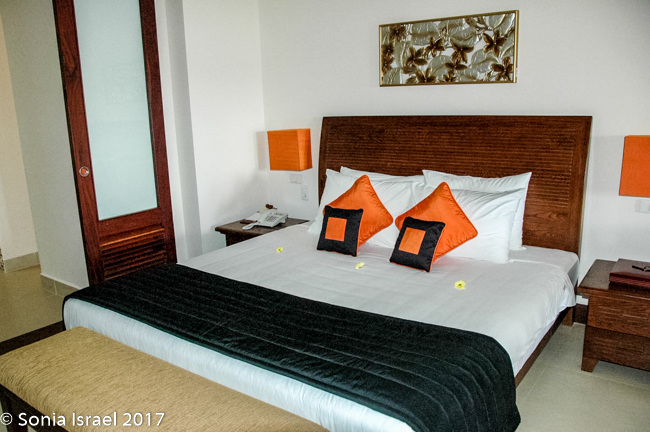 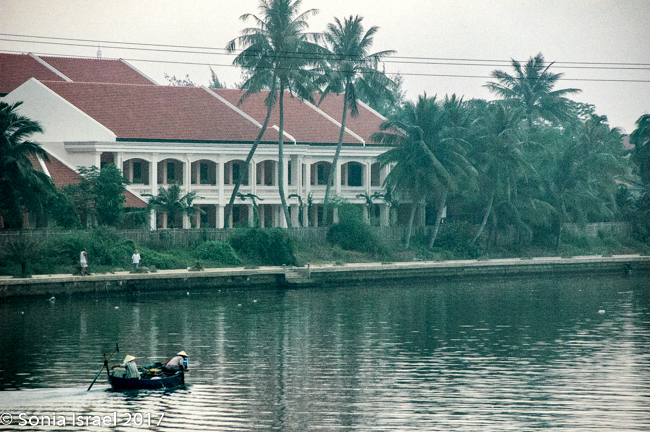 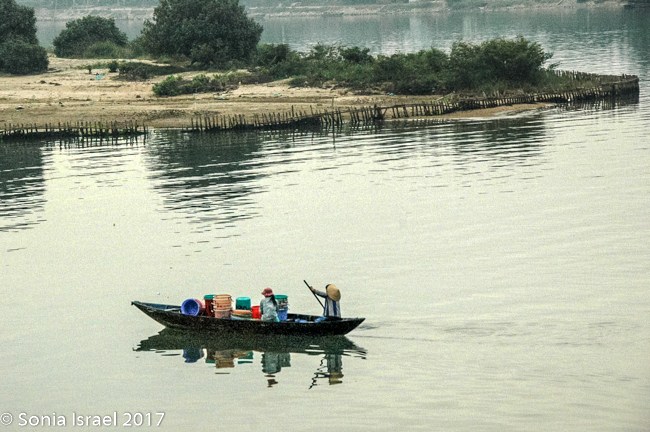 END_OF_DOCUMENT_TOKEN_TO_BE_REPLACED

Today was a lazy morning as we were not being picked up from our hotel in Saigon until 11 (see the Saigon entry). We had our last wonderful breakfast on the roof overlooking the river, packed and then Phyllis and I headed out to do a bit of shopping. And what do you know – I found a dress, perhaps to wear to my daughter’s upcoming wedding!  Down the block from the hotel was a shop of a young, famous Vietnamese designer, Minh Khoa. Here is what Travel and Leisure says about him: “Members of the city’s beau monde favor couturier · Minh Khoa who has made a career out of reimagining iconic garments.”   His dresses were all beautiful – I could have bought any number of them. And the prices were ridiculously cheap by our standards. One in particular caught my eye. They offered to make one for me in two days. I told them we had one hour. So, they motorbiked it to the factory and fixed it to fit me. Even made me a matching shawl. So at 11 we were ready go, dress in hand. 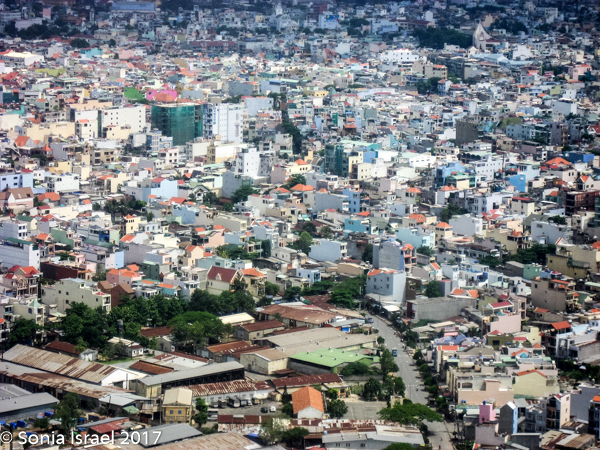 The flight to Hue was only an hour and once again we were met by our guide, Oanh (pronounced One). Hue was the capital of Vietnam, the feudal sovereignty, from 1744 when the Nguyen lords controlled all of southern Vietnam from the city. The dynasty of the Nguyen family lasted from 1802, when Nguyen Anh defeated rebels to control the city, until 1945, when the last emperor abdicated. The city was severely damaged in the 1968 Tet offensive when house-to-house fighting lasted for weeks. Almost everything was destroyed and is now being rebuilt.

END_OF_DOCUMENT_TOKEN_TO_BE_REPLACED

Saigon and the Mekong Delta, Vietnam – a visit in 2009

We arrived in Ho Chi Minh late last night after some very long flights.  After about 30 minutes to get our entry visas, we were met by our guide Khoa, and our driver Doan.  It is always wonderful to see a friendly face holding a sign with your name when you arrive in a new country.

Although the official name of this city is Ho Chi Minh City, everyone still calls it Saigon, as I will.  For me, the name Saigon brings lots of memories of growing up during the Vietnam war.