The next morning some of us again got up before the crack of dawn and raced the sun to make it back to the sand dunes. Once again we drove through gulleys and over dirt mounds covered in green and looking like small gers. Good thing we had 4 wheel-drive. We came to the river and again drove through it. Basically it was like getting a morning massage. And as we stepped out of our cars, I turned to Michael Melford, our Nat Geo photography instructor, and asked him, how do you spell “crazy?”  P H O T O G R A P H E R 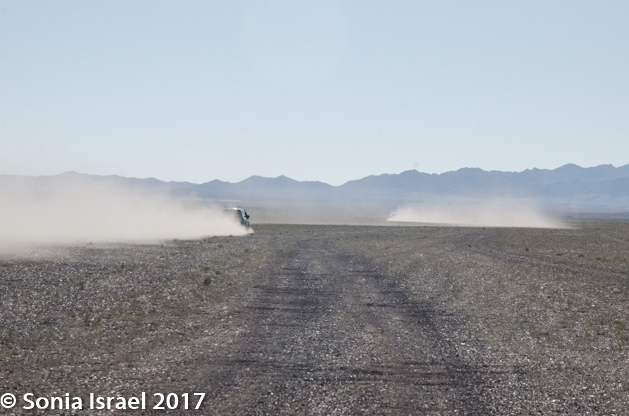 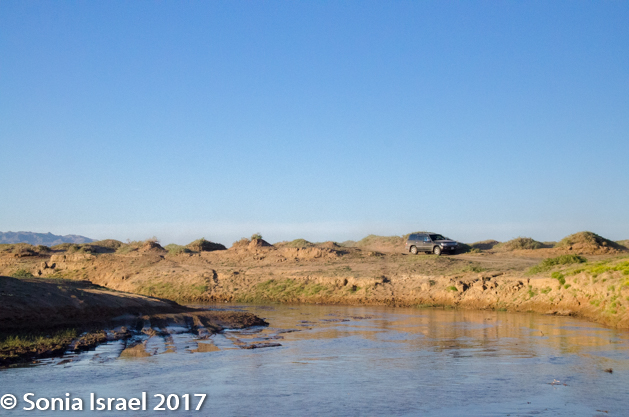 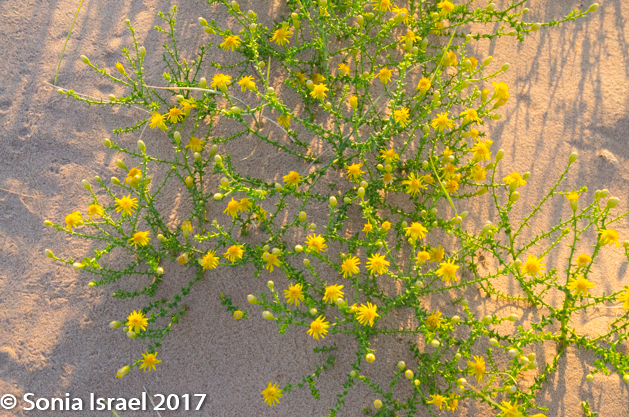 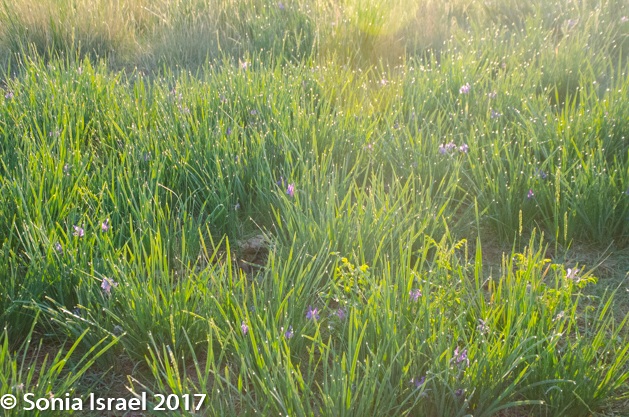 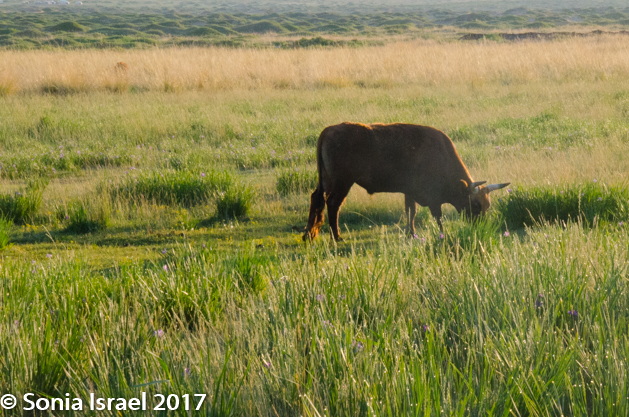 Michael had arranged for our nomad family to bring some of the camels this morning so we could stage them on the sand dunes.  Tripods were set up, people chose their spots, and the camels began their trek up the sand dunes. And then down again. And then up again. This continued over and over again until the sun had risen and we all felt we had gotten our best shots. 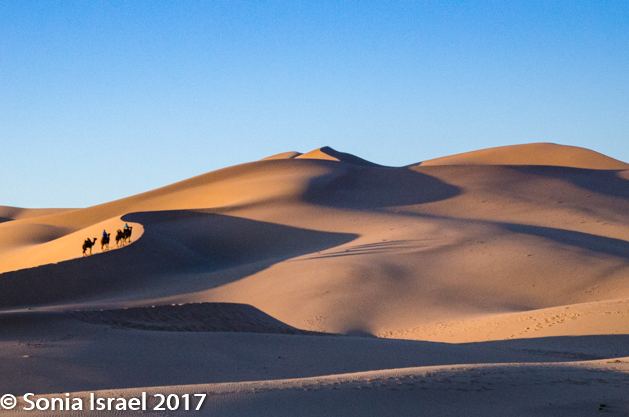 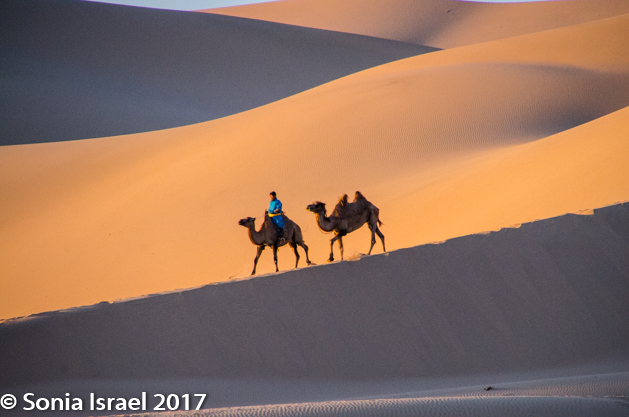 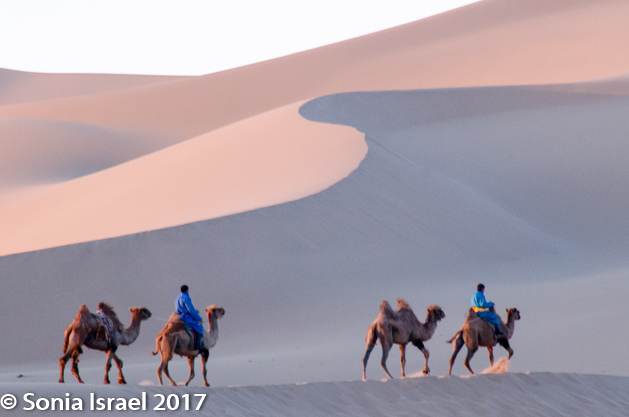 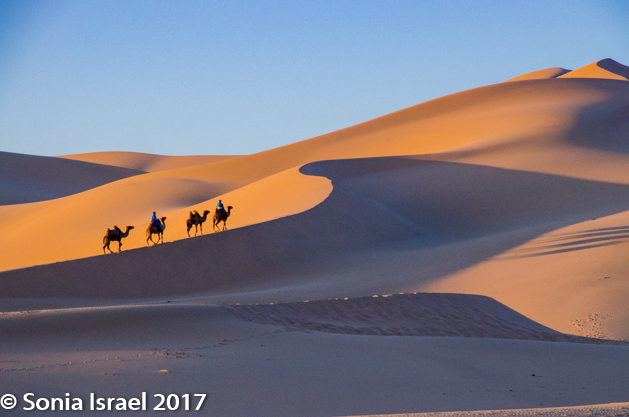 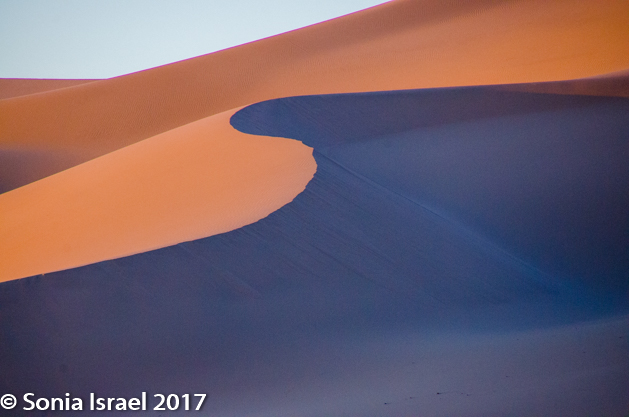 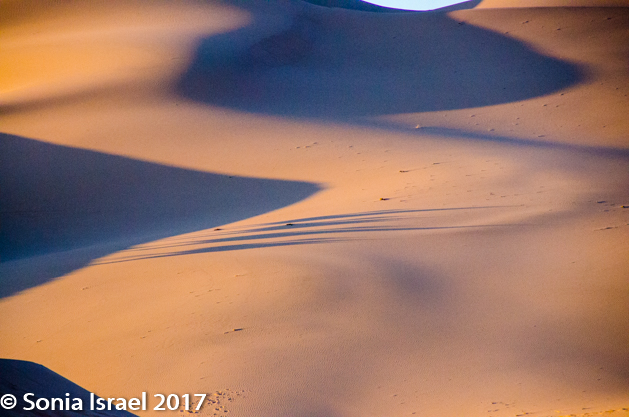 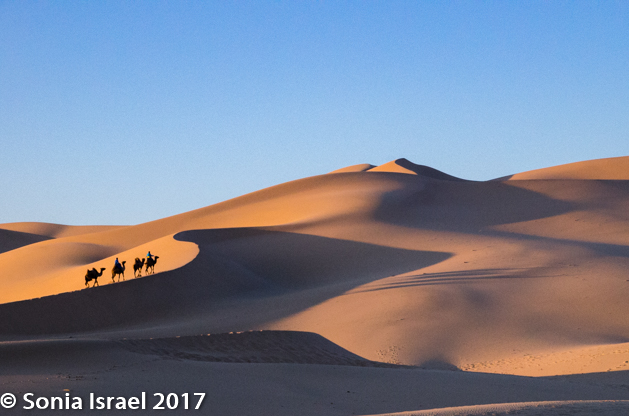 Standing there in the quiet, watching the camels and the colors and the shapes was magical, even if you weren’t a photographer. It didn’t matter that we staged the camels. Camels and desert and sand dunes all go together and it felt very natural. We could see the sand being thrown into the air by the camels’ feet. We watched their shadows on the sand as the sun moved higher and higher into the sky. And the grass and flowers glistened like raindrops. Magical. 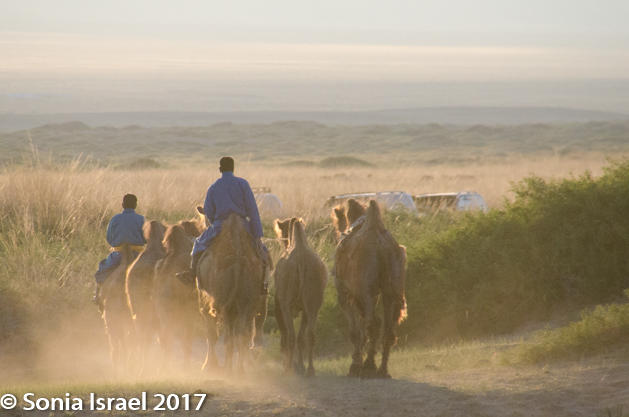 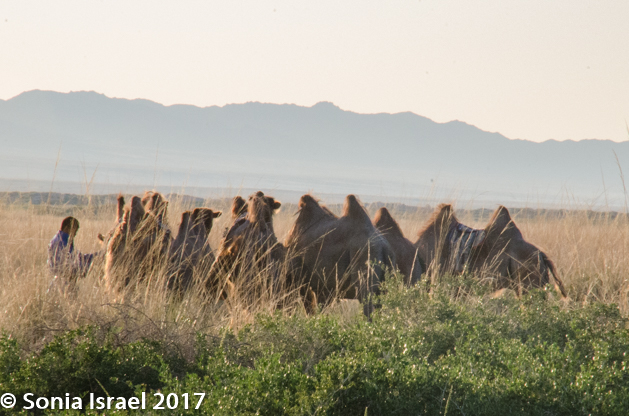 It was back to breakfast (nothing to write home about) and back into our caravans to head back to the Three Camel Lodge. We drove through towns, which we had not seen before. So there really are small towns, with houses rather than gers (well, there were some gers), but these towns are few and far between. We stopped at Bulgan for gas. This village has a large water hole for the animals and is known for growing vegetables, particularly tomatoes which are sold in UB. 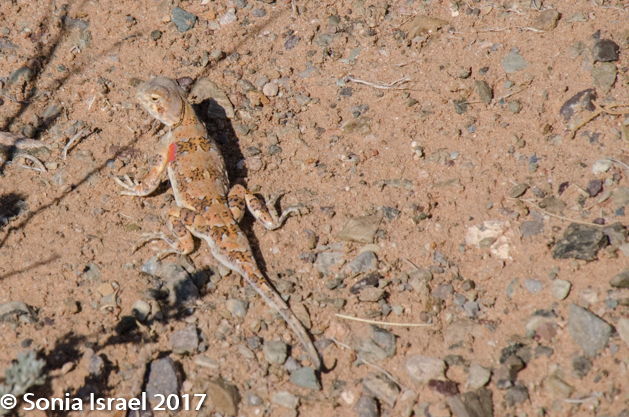 It felt good to get back to the Three Camel Lodge – like coming home again.