After breakfast we headed to the Tugregiin Shiree to walk where dinosaurs once walked. We were in no rush. Our caravan made its way through the desert, again forging new paths and kicking up dust.  As we crested a hill, we suddenly saw a herd of sheep and goats being sheered. Of course our caravan stopped and we all got out, cameras in hand. The family’s ger was across the road, with two motorcycles along the side. But the family was all participating in the shearing. 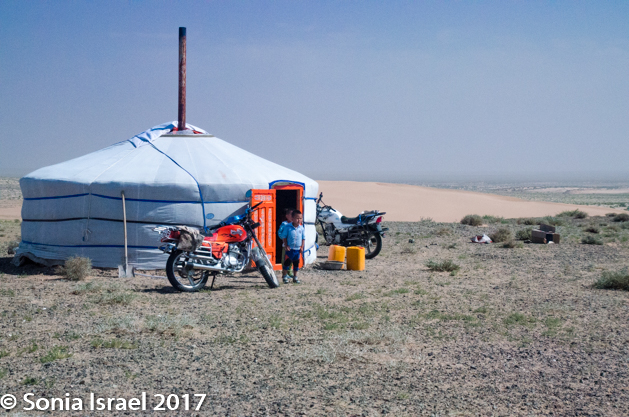 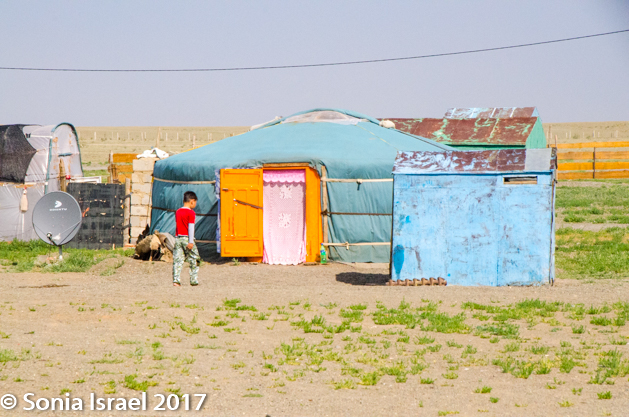 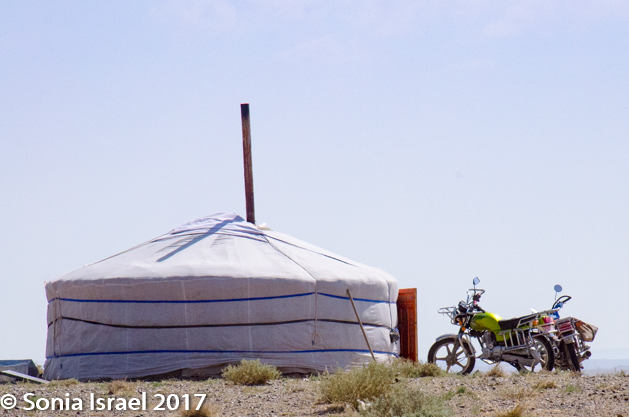