Our two days at sea were quiet. The ship rocked again. We were again crossing the Southern Ocean. The days were spent with a few more lectures, catching up on writing and editing this blog, and, unfortunately, packing. There was a guest slide show with all our best photos. The Captain had a farewell cocktail party. And mostly, we were just sad. This was one trip I did not want to see end. We had dinner with Gianluca Colla, a wonderful photographer and teacher who we had to say good-by to.  We went up to the deck and realized we were already back in Stanley. Instead of darkness in the horizon, we were back in civilization. 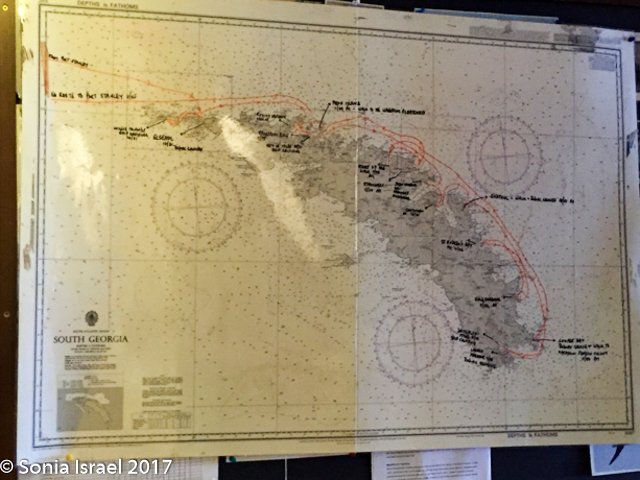 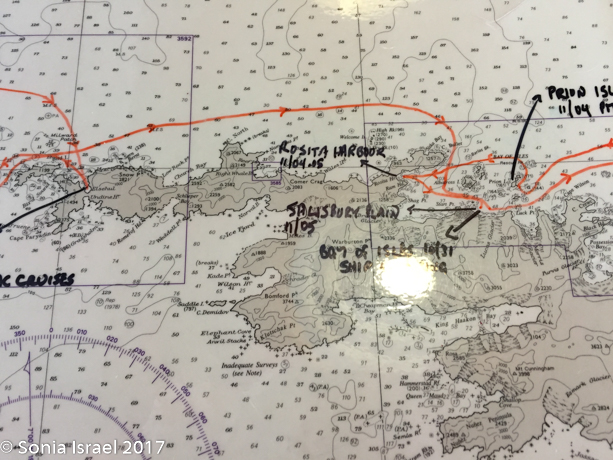 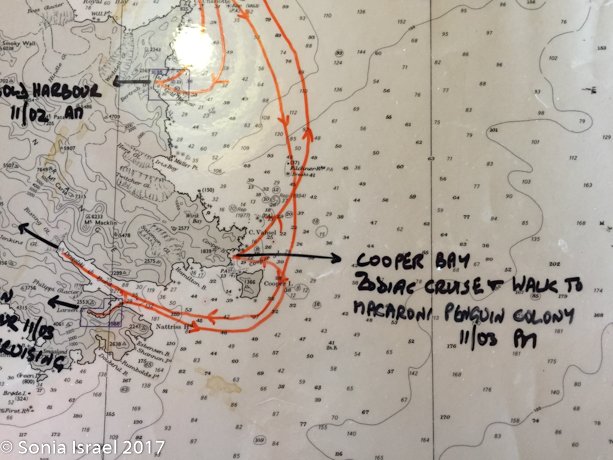 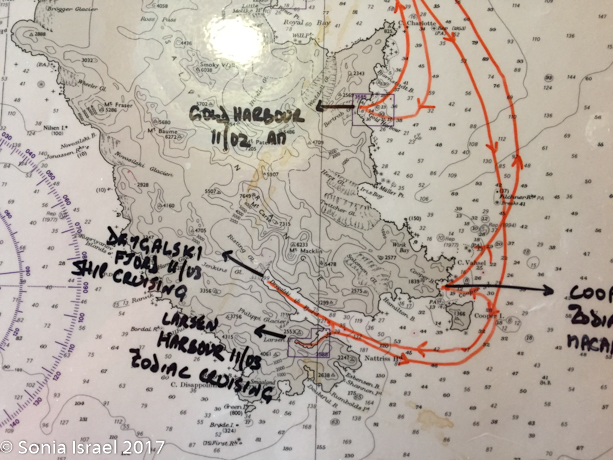 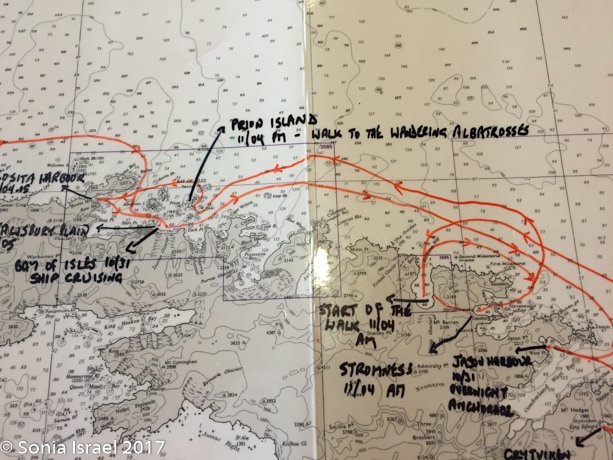 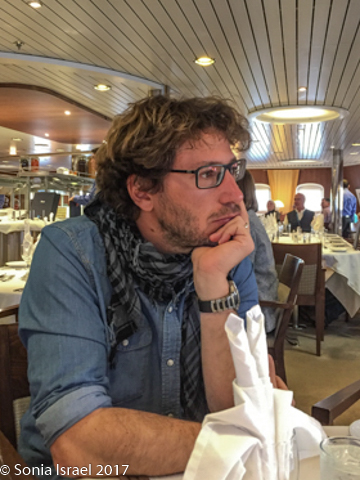 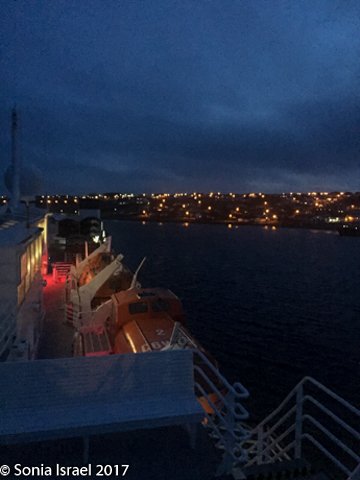 Our return to the Falklands: Day 15

We docked early in the morning, back at our same spot in Stanley. This time it was to say goodbye. They called us by cabin numbers this time, instead of 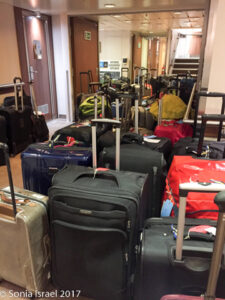 zodiac groups. Our luggage was placed outside our cabin doors to be taken straight to our plane.

We were bused over to town, where after a quick cup of coffee and some cookies at the Malvinas Hotel, we were taken on an hour drive to the Mount Pleasant International Airport which is on the British Forces South Atlantic Islands Mount Pleasant Complex, i.e., the military base. Our private charter was given special permission to land for one hour (not a moment more) to drop off the next group of guests and take us back to Santiago. (Remember, we came from Buenos Aires, but you can’t fly from the Falklands to Argentina.  You now know why). And then we reached the base. It immediately looked different as it had a fence of trees, trees on an island that has almost none. And all the trees were bent with the wind. 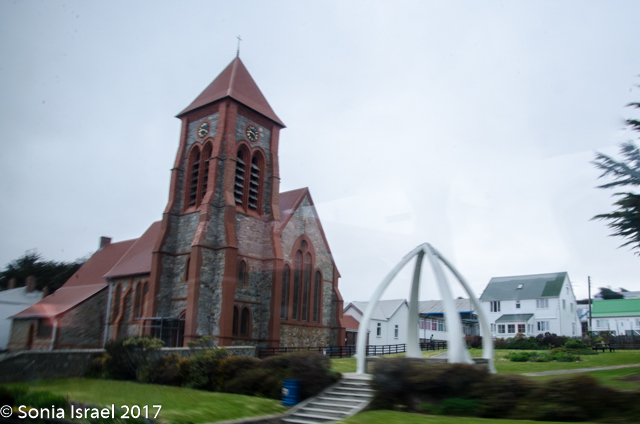 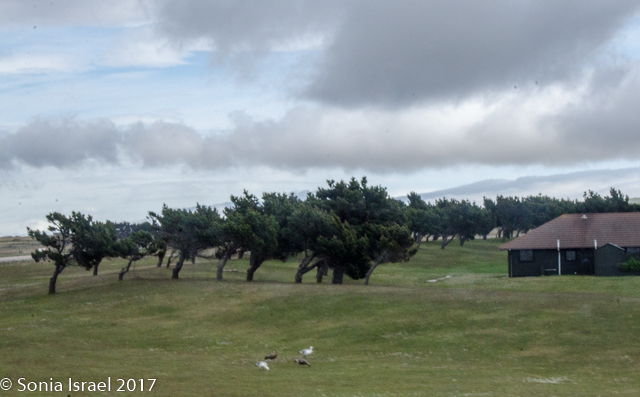 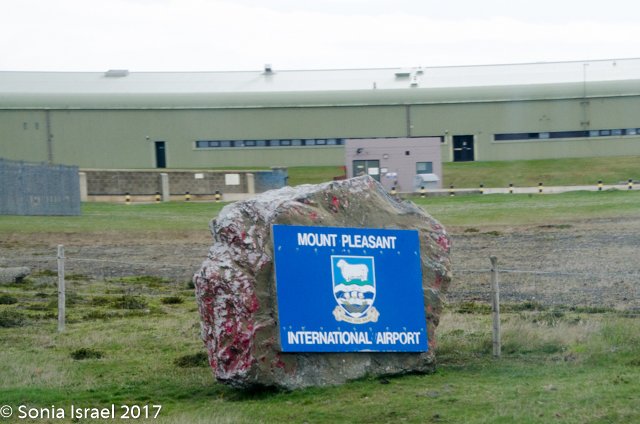 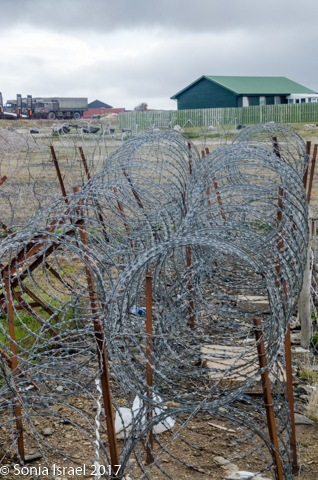 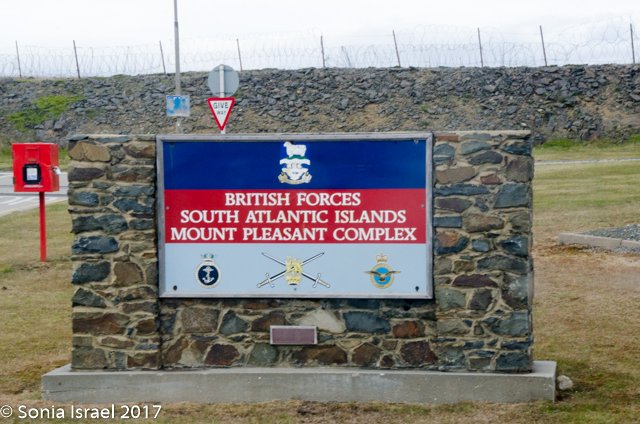 We went inside the terminal, stood on line to check in, and then waited for 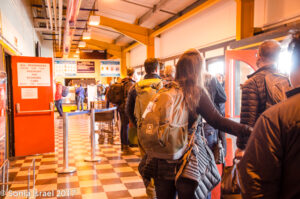 the plane to arrive. When it finally did, we stood by the window and waved at all the people that were coming to take our place. They were excited. We were jealous.

South Georgia is a truly wild, majestic, beautiful, complicated island. It is an island of extreme nature. Some days, we saw all the moods of weather within two hours. Sun. Snow. Sleet. Wind. More snow. More wind.

Often the weather gets bad about every four days. But we were lucky. We were able to land in three places where the largest colonies of King penguins live. St. Andrews. Gold Harbor. Salisbury. Luck. Plain luck.

Gianluca told us that magic happened at least twice on this trip. The morning we got up before the sun and watched the golden glow was magic. The moment of wonder being surrounded by penguins and chicks. It was almost overwhelming to take pictures because no picture can bring justice to the experience. And of course he was so right.

And you can’t be in South Georgia and not think about Shackleton. Sitting early in the morning in my cabin, watching the tall waves hit the window and the isolated bird flying around. I couldn’t help but think of him. On the Southern Sea, the Scotia sea.  Roughest waters in the world.  We have the comfort of warm beds, good food, GPS, radar, medicine for seasickness. They had nothing but the determination and will to keep going in order to save lives. And that is the story of South Georgia.