Our trip started in Santiago which we had visited before, so we just spent the one night before leaving for Easter Island, in the middle of the Pacific Ocean and the most remote island on Earth. We flew Latam Airlines on the Dreamliner. We got to sleep some as it is over a 5-hour flight. Easter Island really is in the middle of nowhere. As we approached, we could make out the triangular island that would be our home for the next week. We were traveling with Abercrombie & Kent (A&K) along with our friends Melissa and Michael, Helene and Alan, Sherry, and Phyllis. Note please that a few of the photos are from Helene and Melissa. We had several wonderful guides, including Nune Hucke, Lili Pate (who was the queen of the Tapati in 2012, see more about that in the Tapati post), and others. 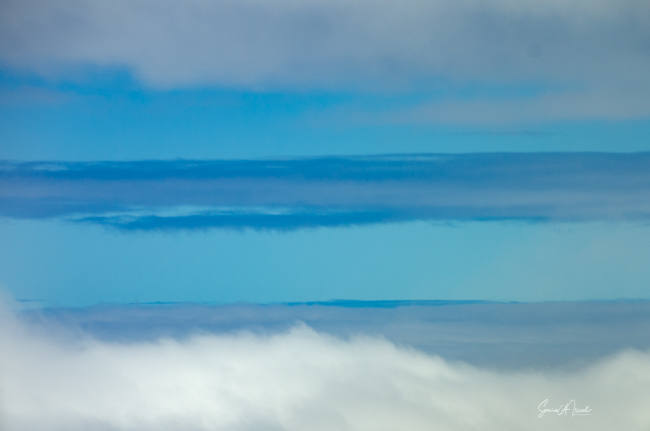 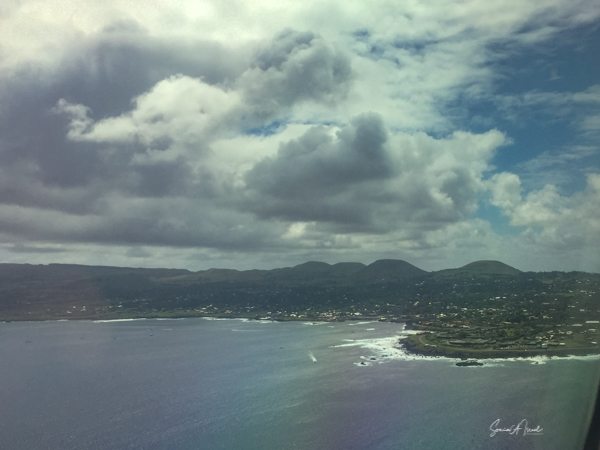 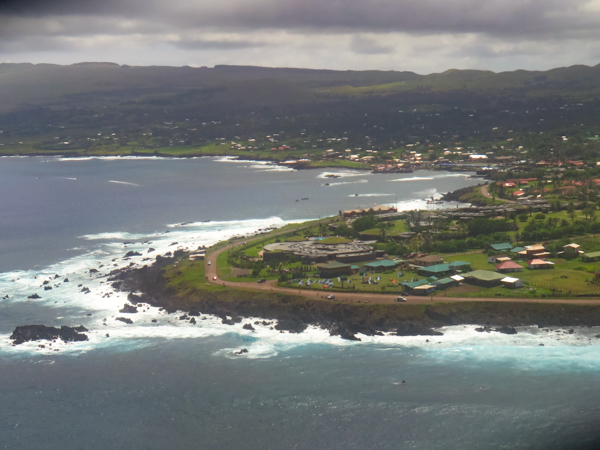 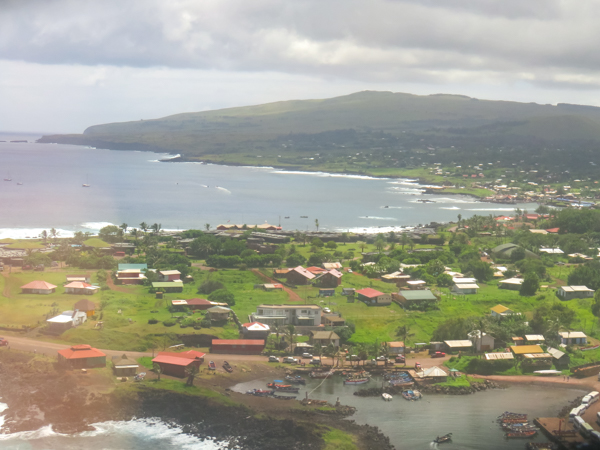 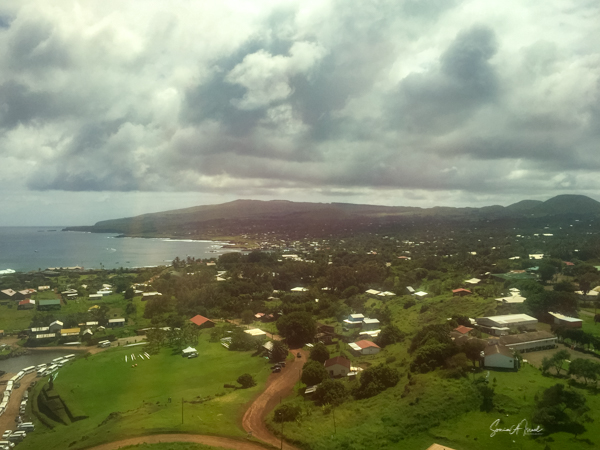 Easter Island (Rapa Nui), a Chilean territory, is a remote volcanic island in the southeastern Pacific Ocean, at the south-easternmost point of the Polynesian Triangle (the other corners of the triangle are Australia and Hawaii). Easter Island became a UNESCO World Heritage Site in 1995. The population of Easter Island is about 7000 with  which about 60% are descendants of the original aboriginal Rapa Nui, and the entire island is only about 10 miles long and 63 miles square. It is one of the most remote inhabited islands in the world with Chile being 2,182 miles away. The first commercial flight to Easter Island was in 1967, and tourism is now the largest industry with fishing and agriculture as close second and third. 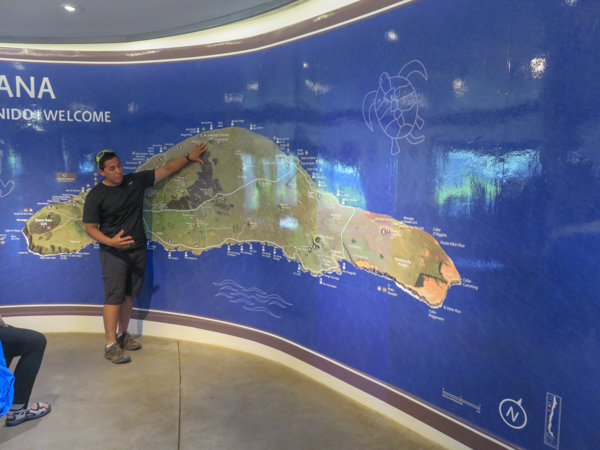 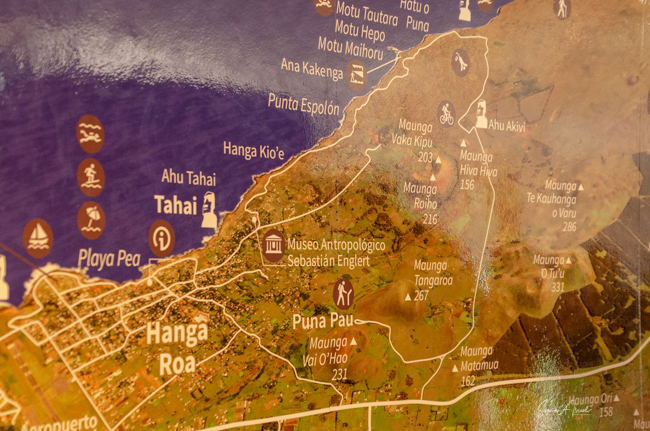 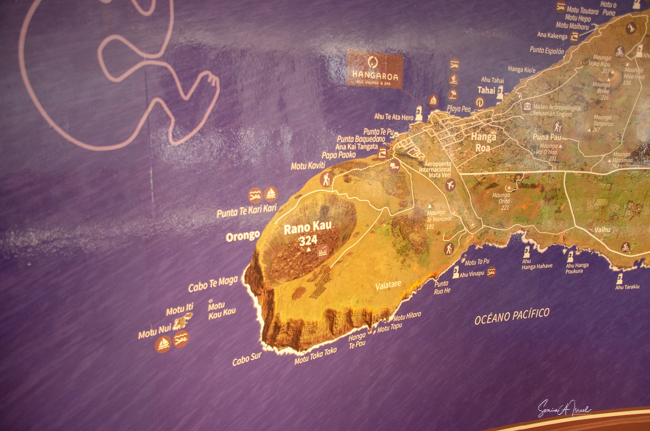 Why is it called Easter Island?

The first question you should ask, as I did, is, “Why is it called Easter Island?” The Dutch explorer Jacob Roggeveen was the first European visitor to the island and he landed on Easter Sunday in 1722. And thus he named it Easter Island. The Polynesian name, Rapa Nui or Big Rapa, was coined after the slave raids in the early 1860s and refers to the topographical resemblance to the island of Rapa. It has also been called “the naval of the world (Te pito o te henua).